Our Team is comprised of talented professionals with Bachelor's and/or Master's degree in the field of Architecture.

Since founding her firm in 2009, Ms. Lu has been invited to speak at gatherings in the U.S. and China:

-Learning from Fair Housing and Community Reinvestment, Presentation to The Chinese Delegation from Ministry of Housing and Urban-Rural Development (2012)

-Presentation to Delegation from Wuhan, Yesterday, Today, and Tomorrow - An Introduction to NYC Zoning  (2011)

-Lecture at Kean University: An Analysis on Urban Development - Case Studies on Experiences and Lessons Learned  (2010) 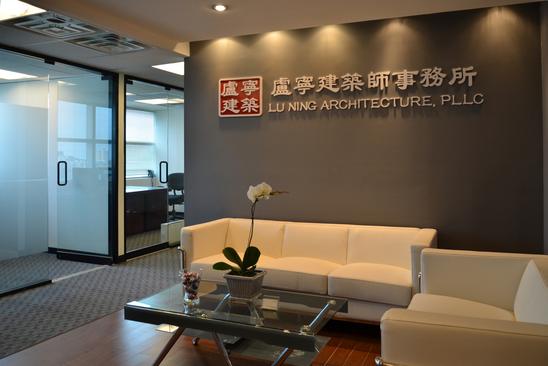 Ms. Lu came from a family that shares a passion for art and architecture.  She has observed, taught, and practiced in the field architecture since her formal college architectural education in 1993 at the Zhejiang University in China.  Her prior experience includes working at the Beijing Institute of Architectural Design and Research, SLCE Architects, among other reputable architectural firms.

Ms. Lu holds professional architectural degrees from both China and United States; including a Master's degree from Harvard University - Graduate School of Design. She maintains her licenses in the Tri-state area, and is professionally designated AIA, NCARB, LEED AP BD+C.

Having been focused in the field of architecture both in China and United States for over two decades, Ms. Lu has had extensive experience in the architectural development of cultural and institutional work, as well as residential and hospitality. She has contributed to the addition of an aggregate of several million squarefeet of new developments to New York's skyline.

An adjunct professor at Baruch College's Real Estate Institute, she had taught Zoning and Land Use in New York City since 2011. Ms. Lu also serves as a Director on the Board for Downtown Flushing Transit Hub Business Improvement District (BID), the Chinese American Real Estate Association, and the New York Chinese Business Association.